Covid- 19 Coronaviruses are a large family of viruses that cause illnesses ranging from common cold to more severe diseases such as Middle East Respiratory Syndrome (MERS – CoV) and the Severe Acute Respiratory Syndrome (SARS – CoV). It is called Corona as it has crown like spikes on its cell membrane. The Latin for crown is “Corona”. The latest of these viruses is the now named Covid – 19 which originated in the Chinese city of Wuhan, in Hubei province in December 2019. 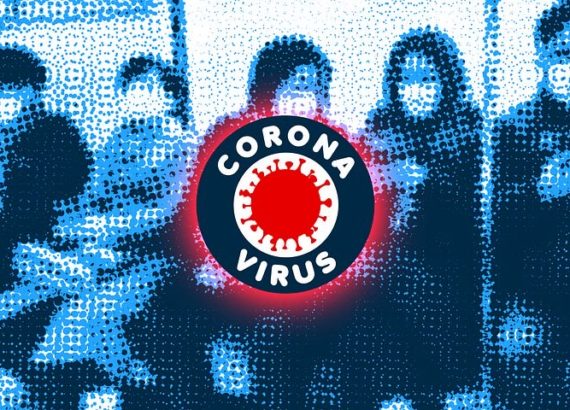 Common signs of disease caused by this group of viruses are respiratory symptoms fever, cough, breathing difficulties and shortness of breath.

In severe cases it can cause pneumonia and affect other systems such as kidneys and lead to kidney failure as well. It may even lead to death.
Many preventive precautions are recommended which includes regular hand washing covering mouth and nose while coughing or sneezing, through cooking of meat and eggs, avoiding contact with any person showing the symptoms. 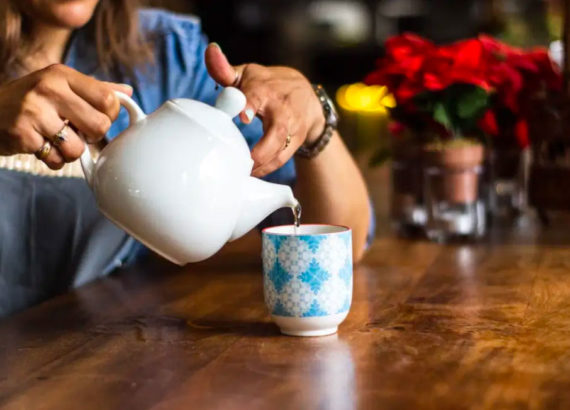 So, basically practice hygiene particularly maintain respiratory hygiene. Also take freshly prepared hot food and avoid cold items.
Where did this disease come from?
Most Coronaviruses are present in specific animals. In some cases, these viruses get transmitted to humans. The exact mechanism of tis remains uncertain. This is called a spillover event. 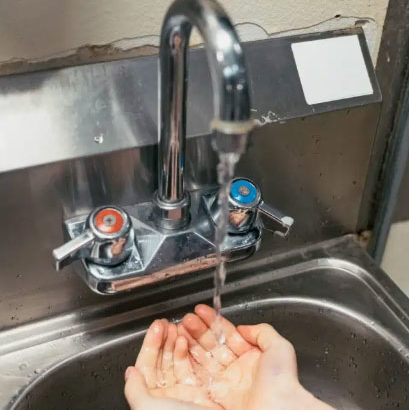 How does it spread?

It commonly spreads through tiny droplets which have been coughed or sneezed by the patient. When these droplets are inhaled by another person, the virus is introduced in the body of the other person. Alternatively, when these droplets settle on surfaces like tables, door knobs or other articles and another person touches them and then again touches his nose, eyes or mouth the virus spreads. Therefore, it is important to cover your mouth while coughing of sneezing, maintaining distance from others and frequent handwashing. Also avoid touching your face, eyes, mouth and nose.

How is it different from Flu?

Usually Flu is a mild infection of the respiratory tract leading to fever, cough, cold and running nose. It rarely causes breathing difficulties or affects any other symptoms. Covid 19 in its milder form is almost like flu. In fact, majority of people are getting only mild flu like symptoms. However, in some people, such as elderly (over 65 years of age), and severely ill people, there are severe symptoms of Covid 19. These are high grade fever, breathlessness and respiratory failure. In addition, other body systems such as kidneys may also get affected.

Is there any treatment?

There is no specific treatment for coronavirus disease. However, symptoms can be treated. If situation worsens then life support measures are instituted. The World Health Organization (WHO) has declared it a “Pandemic”, which means that now this illness affects the entire world and is a major health concern for all the countries. To prevent its spread several drastic measures are required and are being taken. Quarantine is the major step. It involves isolation of the people suspected to have the illness or who have come in direct contact with them. This is taken to prevent further spread to other individuals. 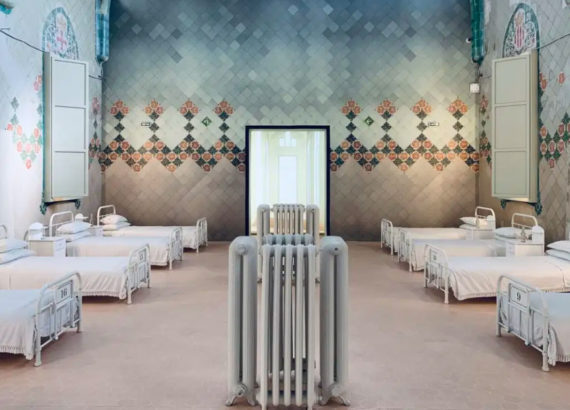 The Central Government of India has taken several steps to control the situation which has engulfed globally. Several quarantine facilities have been set up across the country to isolate the suspected cases so that they do not mingle with the rest of the population. Some of these are being run by Indo Tibetan Border Police (ITBP) and the Indian Army. The Army is running a large facility at Manesar where about 60 personnel are deployed including medical staff. It is being run at the cost of Rs 3.5 lakhs every day. The Govt has brought stranded Indians from the affected countries of China, Iran, South Korea and Italy. But unfortunately, many people who have been evacuated and are facing quarantine are demanding special facilities like boiled food and single independent rooms. This is creating hinderance in the smooth functioning of the medical and administrative staff of the centres.A problem of this scale requires the people to cooperate and follow the rules set by the Govt, rather than create chaos at the quarantine facilities. The public should understand the gravity of the situation. In severely affected countries the number of the cases are doubling every day. To prevent such a situation arising out in our country it is important to follow the rules and if there are any minor inconveniences then take it in the stride for the greater good of the humanity.The way the government and healthcare department are handling the situation deserves big appreciation. It is dealing with tenacity and major efforts are being put in place all over the country. The Indian Air Force has evacuated the maximum number of Indians as well as nationals of other friendly countries from Wuhan (China) which is the epicenter of this pandemic. IAF has also evacuated Indians from Iran, Japan, Italy and the cruise ship Diamond Princess. 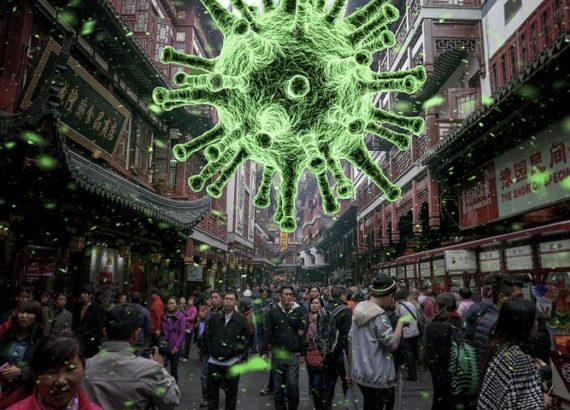 At this time of extreme crisis, India has not forgotten its friends and is offering all sorts of help, medicines, masks and medical equipment to other South Asian countries. Many virus research diagnostic labs have been set up in India to quickly undertake the testing for Covid 19. As well as India has sent its medical personnel to set up testing in Iran which refused to test Indians due to the high load.

India’s airports and seaports are under strict scrutiny. The Govt has suspended all visas from all countries including those from visa free nations and for Overseas Citizens of India (OCI). All land borders are also closed except for few designated ones with Nepal and Bhutan. All incoming travelers including Indian nationals arriving from or transiting through the affected countries have to compulsorily undergo quarantine for 14 days at the designated centers.
India is helping other countries set up testing facilities and providing medicines.

While all these are done by Indian Government, it is the duty of every Indian citizen to support each other and the government to smoothen the functioning.

Community awareness are being given by the print, electronic and social media. Phone messages, radio announcements and TV broadcasts are informing the general public on preventive measures. Doctors are conducting training programmers and awareness campaigns. The govt has shut down schools, malls and cinema halls. It has advised general public against converging in large numbers. The public transport and aircrafts are being sanitised on a large scale.
In all this chaos and confusion, several people are spreading rumours and other fake news on social media. It is very important to realise that factual knowledge about this new disease is limited and even scientists are learning about it firsthand. One should not fall victim to any such rumours. Also, on should refrain from forwarding social media posts that are unverified. There are verified sources of information such as the Ministry of Health and Family Welfare website and the WHO website. The fake news is creating unnecessary panic. In case of symptoms one should freely self-quarantine or admit to the medical facility as required. One should not visit crowded places. There have been cases of people trying to run away from quarantine facilities. This is very dangerous as it can rapidly spread the disease to other people.

It is time to show responsible behavior. Come, let us join our hands as Indians and Humans and defeat this deadly virus! 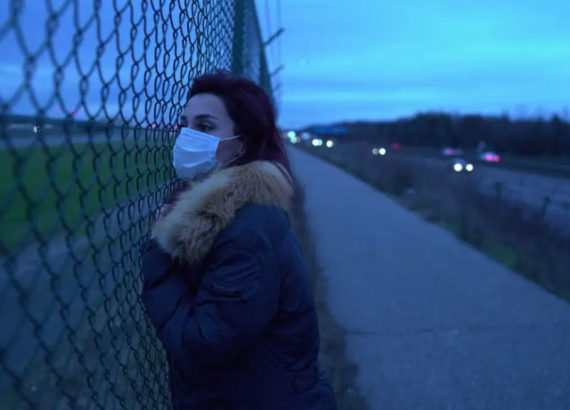 I am a mother, homemaker, Chef, Teacher and lots more! I believe that life is to be celebrated, I try to write about my experiences as I grow spiritually and emotionally on my journey. Stay tuned for the Feast of Life!
Pallavi Acharya